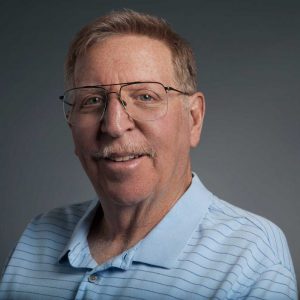 8 years ago, when driving through an intersection David Karchem suffered a stroke.

David was making a left turn at a light. He suddenly suffered an intense headache. He couldn’t press the clutch of his car’s manual transmission, so he coasted through the intersection the best he could while the other cars honked and swerved around him.

Dave wrote a note ‘CALL911’ before passing out. When he woke up in the hospital, Karchem learned that he suffered a right-brain ischemic stroke. Two blood clots over the right side of his brain had left him paralyzed on his left side. A third clot near the back of his brain, where the visual cortex is located, left him struggling to see and unable to taste or smell anything.

In the 8 years since then, Dave has built a rich life. He volunteers for the University of Southern California Stroke Program. He earned a master’s degree. He also saw many of his grandchildren born in the period.

Let Dave take you through his remarkable journey. We recorded this session to celebrate his anniversary of his new life.