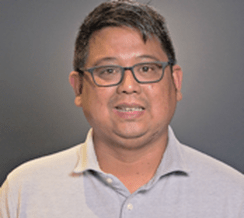 This is our second interview with Manny Gigante.

As you recall, Manny was a hardworking young technologist whose dream was shattered by a stroke at the age of 29. He spent the next 2 years in a wheelchair.

None of this has kept Manny from reinventing himself. Now Manny enjoys his time coaching kids. He got out of his wheelchair. Manny is also working to start his new career

In today’s episode, listen to Manny sharing his insights on topics including the plateau and how survivors could reinventing ourselves.