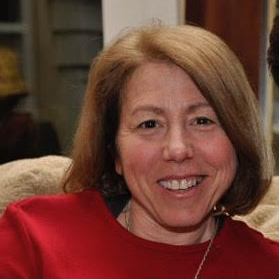 In 2010, when Debra was a professor at Stanford, she suffered a severe stroke. she lost all movement of her right arm and leg; even worse, Debra lost all ability to communicate.

While Debra won her struggle to survive, much of her identity – as a Stanford professor, a speaker and writer, an athlete, a mother and a wife – was taken from her. Debra’s mind was working but she was trapped inside a broken body, unable to do what she used to do. And maybe even worse, Debra couldn’t tell anyone what she was experiencing.
​​
With hard work and a lot of help Debra regained enough mobility to again be independent, and have recovered some ability to speak. But she has come to accept that she will never again have all the capabilities she once had.
​​
Seven years later, Debra is still slowly recovering more of her abilities and is continuing to rebuild her identities. She has found few resources to help with the emotional piece of this journey, and has heard the same from many of her fellow survivors. That is why she is writing Identity Theft: Rediscovering Ourselves after Stroke.

As a professor, Debra studied and taught about how small, everyday actions can disrupt what’s normal, chip away at the status quo, and create positive change. That work led her to write Tempered Radicals, first published in 2001.

​Now, in a very different context, she lives by the message she previously taught. With small, deliberate efforts, and a lot of conscious choices, Debra continues her slow recovery, discovers more about herself, and shapes her new identities.