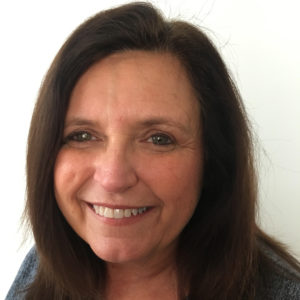 On Nov 16, 2016 Susan Grimstead suffered a severe stroke. She did not feel well that day, and went upstairs after dinner to rest before she noticed something seriously wrong. She was rushed to hospital in ambulance. Since then her life has completely changed.

Before stroke, Susan was always on the go. A lot of her time was spent with her 90 year old dad and my family. She would see them 4 out of 5 days a week. She never stayed at home during the day and spent most of her time out and about, specifically bargain shopping.

The stroke left Susan with aphasia and numbness on the right. She learned how to drive with left foot pushing accelerator. She has been fighting to keep her on speech therapy.

Susan has found it really hard to get information to help survivors recover.

Susan’s family did a lot of research after her stroke and found a program in Chicago that was specific for Aphasia patients. The program is offered by Shirley Ryan AbilityLab.

In April 2017, she went to the program, which helped her more than anything thus far with her speech. Susan was in therapy 8am-5pm five days a week for a month. The program hooked her up with many in the same boat. It also gave her a reason to keep going and try harder. Susan wants people in my area that have Aphasia to have a program like she did in Chicago. Her goal is to have more resources for adults with Aphasia especially for the Wilmington, NC area.

Listen to her story. As Susan said it, never give up. Keep going!